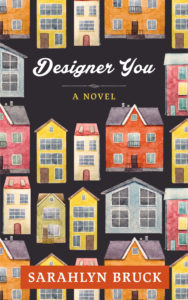 An Interview with the author Sarahlyn Bruck

If you are, like so many of us, obsessed with a good book and home design shows, well, then Sarahlyn Bruck’s Designer You just may be what you need right now.  I just finished it, and it was that kind of book…the one you get invested in and don’t want to finish in the end.

So, what is this book about?  Sarahlyn Bruck’s Designer You is the story of one half of a celebrity DIY couple who must renovate her life after the sudden death of her husband, all while trying to salvage the company’s brand and maintain her connection with her grieving teenage daughter.  So basically, imagine a charismatic couple like Chip and Joanna Gaines from Fixer Upper, but one of them dies.  In Sarahlyn Bruck’s novel Designer You, you meet Pam and Nate, a couple who have built a successful lifestyle empire as DIY home renovators, bloggers, podcasters, and co-authors.  When her husband, Nate, dies suddenly, so too goes the heart of the business. Pam must figure out how to deal with her grief, fix her relationship with her troubled daughter, and come out from behind Nate’s shadow to save Designer You.

While readers will get a wonderful insight into the world of home design what makes for great reading is relating to the dilemmas described in the plot, I mean, isn’t that the purpose for literature in the first place? Sarahlyn Bruck’s Designer You is for anyone who has loved and lost, but who is also in the throes of parenthood and well, let’s face it, everything in between. In this novel, you will fall in love with characters who must figure out how to continue with life when the inconceivable happens.  How do you put one foot in front of the other, pay the bills or talk to your child during such difficult times?

MG: Sarahlyn, thank you so much for joining us today. Book Club Babble is glad to have you. I also would like to share with our readers that Sarahlyn was part of this website’s journey and we are grateful for that. When this site was just an idea, it was in her kitchen where we all sat to brainstorm possible names, and where we did come up with the name. Now that I look back, you do have a beautiful eye for design, so let’s start with that. When was the seed planted for Designer You?

SB: Thanks so much for having me on, Maribel! I’ve enjoyed seeing how much Book Club Babble has taken off in the years since we first came up with the idea for the website and even deciding on the name sitting at our table in my house. 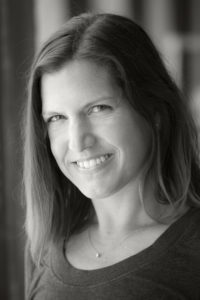 OK, so the seed for Designer You came from a home project. A few summers ago, my husband was planning to build a roof deck outside the third floor of our home. He wanted to do it himself and I was terrified he’d fall off. He insisted I had nothing to worry about, but I kept asking him to at least get someone to help but he refused. Deciding that my nagging was doing nothing but creating stress for us both, I decided to write about it, and thus I had the beginning for Designer You.

MG: Your protagonist, Pam Wheeler, goes from pretty much having it all (great husband, kid and business) to almost losing it all. How do you get into the headspace (for writing purposes) of a single mother of a headstrong and grief-stricken teenager?

SB: I think for most of us it isn’t too hard to think of those “worst case” scenarios. “What if?” is a question we all grapple with and for me, I find answers to those questions through story. I carried this morbid fascination with the question of what happens when you lose your partner—in this case a spouse—in mid-life? If we’re lucky, life is long, and inevitably, all of us experience loss. How do we cope and move on with hope and happiness? Well, that’s what I wanted to explore in this book.

MG: In many ways, your novel is a middle-aged coming-of-age story. It’s also about reinventing yourself as an adult. Did you learn anything new about yourself during the writing process?

SB: That’s such an interesting question. I discovered through writing this book that I am what’s called a “plotter,” not a “pantser.” A plotter is someone who outlines or creates some sort of a plan before sitting down to write a scene or chapter. Pantsers do exactly what the name implies—they write by the seat of their pants. I can’t do that without writing my way into a hole. I need an outline, if only to save me from myself!

MG:  This novel digs into the relationship between mothers and daughters. You have a daughter, was writing about mother-daughter relationships hard? What was the hardest scene to write?

SB: My daughter was a tween when I wrote Designer You, so I didn’t have the full teenager experience firsthand, which I think was a good thing. That gave me some distance and ensured I was not writing about my daughter or my relationship with her. But I know what those relationships look and feel like. I was also a teenage daughter once, too, back in the Dark Ages. Relationships between moms and their teenage daughters are so varied and wonderful and unpredictable and complicated and terrifying. I think the toughest scenes to write were the ones where both Pam and Grace are being stubborn and digging their heels in. It takes a while for them to listen to each other, which was hard to write. I loved them, but I had to put them through the wringer.

MG: Where did the whole DIY idea come from and is this a subject that you know a lot about? If not, what kind of research did you do for this book?

SB: I love design and DIY, but am terrible at it. In my family, several members have the “eye,” meaning, they can walk into a room and know exactly what furniture needs to go where, what paint or wallpaper should cover the walls, what the lighting could make the best of the space. That “eye” missed me. I have no talent or skill when it comes to design and I kind of hoped that some of that knowledge might rub off on me if I wrote about it. I did a ton of research—DIY shows, magazines, blogs—which was super fun to dig into. And I have friends who are architects and designers who gave me advice on some of the more technical details in the book. But in the end, I’m still just as hopeless as when I started.

MG: It’s been so nice chatting with you.  Thank you so much for joining us today.

Sarahlyn Bruck lives in Philadelphia with her husband and daughter. She is the author of Designer You, published by Crooked Cat Books. She has an MA in English from Cal State Los Angeles and teaches writing and literature as an associate professor at a local community college. She also coaches writers for Author Accelerator.

Designer You is Sarahlyn’s debut novel, and she is hard at work on her next book. Learn more at www.sarahlynbruck.com.