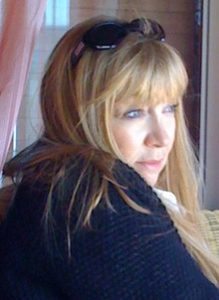 Enter M.J. Rose, an author who had been in marketing on Madison Avenue since she graduated from college.  She had an idea: to run a marketing test for her novel and see if she should generate some sales and prove a mixed genre book wasn’t the problem publishers thought it would be. Mind you, this was back when the only place to sell an electronic book was from your own web site. At the time, this author’s agent was telling her that if she self-published, no one would ever take her seriously again. And she wasn’t interested in having her as a client if she went ahead with the idea. Her career would be over before it even began.

Luckily, this author was not having it.  She had many friends who were painters, photographers, sculptors, musicians, and indie artists who operated creatively and on their own. Why couldn’t she do the same?  Well, she went for it.  Yes, she did.  In an interview with Publisher’s Weekly, M.J. writes about that snowy day when her shiny new novel arrived from the printers.  She promptly unboxed them,  grabbed a few and drove over to her local bookstore. The owner was inside, on a ladder. She asked if she could give her a copy.

She wouldn’t even turn around to face me. “I would never look at a self-published book,” she’d said with utter derision. I walked back outside, stood in the snow and burst into tears. And out of those tears came determination.

We have all been there.

We are writers and we know…determination is power.

This little author that could knew that too.  For the next few months, M.J. was tireless in marketing her book, and within the next few months, she sold almost 3,000 e- and print copies. Her novel, Lip Service, became the highest ranked independent press title according to an Amazon press statement.  Only six months since that snowy day, when the bookstore owner had sent her packing, Lip Service, which featured a privileged New York City housewife who works as a phone sex fantasist as a means of liberation, became the first self-published book and the first e-book discovered online and then go on to be traditionally published.

Atria eventually bought lip Service in 1999 and ultimately landed M.J. Rose  in the New York Times, the Wall St. Journal, Time Magazine, Newsweek, the Today show, Bloomberg News, NPR, Fox News, and more, with every host and reporter (including Katie Couric) blushing when they talked to her about the topics in the book (explicit phone sex) and an X-rated cover.

Lip Service sold over 75,000 copies within the first year, and rights for the book eventually sold in more than ten countries.  Now, since then, the publishing world has changed.  M.J. Rose is just one out of many industry game changers.

Maribel Garcia: MJ, thank you so much for being with us today. I love this story. In addition to having written 18 novels, you founded AuthorBuzz.com  and 1001DarkNights.com. How do you manage it all?

M.J. Rose: I don’t have kids or many hobbies, and I like to get up really early in the morning.

MG: Let’s go back to 1998.  The year that you put your novel online was the same year that Google was founded.  It’s hard to believe that it was just a fledgling business back then, run by Larry Page and Sergey Brin, two Stanford Ph.D. students who had no idea that Google would become the dominant search engine.  Google has changed the world in the last 20 years.  How has the landscape changed since 1998?

M.J. Rose: It’s pretty much unrecognizable. It was considered something to be ashamed of to self-publish. Now, no one but the author knows if she’s doing it herself or has a publisher. There are so many options and variations, tools, and techniques. EBooks hadn’t taken off yet – only early adopters were even willing to consider reading a phone on one of the clunky devices on the market or online via a PDF or on a Blackberry. Things that took a lot of time and money in 1998 — like printing books on our own — are now a breeze with POD.  The only problem was in 1998 there were so many less books published a year that it was far easier to stand out.

MG: Who has that change benefited the most? Traditional, non-traditional etc…

M.J. Rose: By far the entrepreneurial authors in the Romance genre have benefited the most. Especially those who started pre-2014. They had the most access to existing online communities of readers and got in early enough to get help from Amazon who was building their eBook platform in advance of seriously publishing their own books. As a result, these authors were able to build their fan bases and collect email addresses and today have avid fans buying everything they publish. The reason I’m singling out those genres is based on studies. Over 50% of romance readers are willing to try a book by an author they never have heard of before. The average romance reader reads more than 35 books or more a year, many read as many as 100. Contrast that with the mystery/thriller genre — where only 14% of readers are willing to try a “new to them” author and the average reader reads ten books or less a year. And there aren’t the same kind of online communities for the authors to penetrate.

MG: You co-authored Buzz Your Book with Doug Clegg, which you also use to teach an online book marketing class of the same name. You later became the founder of the first marketing company for authors, AuthorBuzz.com.  Can you tell us a little bit about what you can do for authors?

M.J.: From soup to nuts, AuthorBuzz creates and executes marketing plans for all different kinds of books. From basic plans to reach targeted readers, book club members, booksellers, and librarians too much more complex campaigns. Most of our work is bespoke, and we create plans that are tailor-made for each title. We work with fiction and non-fiction, for authors and publishers.

MG: M.J. thank you so much for joining us today.