There are always at least two sides to every story. Perspective is everything and Danielle Teller’s novel has definitely delivered a different angle. Teller’s novel is a powerfully written rendition of the Cinderella story, from the point of view of the stepmother. It is an enjoyable read, at times sad, at times uplifting, but ultimately, Teller’s message comes with a strong core theme: the bond between parent and child comes from the nurturing, caretaking relationship more so than from the physical act of childbearing.

The author, a medical doctor, was inspired to write All the Ever Afters

after becoming a stepparent. Having been a stepchild, and being a parent myself, I was intrigued at the novel’s premise. The setting of the novel harkens to a late medieval period, and the narrative is a sharp reminder of a woman’s role in society during that time, as well as of the extremely limited opportunities that women had.

All the Ever Afters

tells the tale of the stepmother, Agnes, from the time she is forced to leave home at a young age, to her working in menial jobs, to becoming a woman, to succumbing to a man’s charms, and to having her two daughters. I won’t give away how she ends up becoming Cinderella’s stepmother (that was one of the parts I was anticipating and wouldn’t want to spoil it for the reader). The novel’s description of Agnes’ past allows the reader to empathize with her difficult life and to understand her parenting methods.

The book details several pieces of evidence that suggest that Cinderella (Ella) is more of an introvert than her stepsisters in that she prefers quieter, less stimulating environments. Agnes notes that Ella is “peculiar, … a solitary woolgatherer who did not engage in play like other children. She was a stickler for quiet.” Agnes “never knew what was going on behind [Ella’s] pretty eyes.” Agnes tells Ella’s father that “It would be good for Ella to get out of her chambers” and “It cannot be healthy for her to spend so much time alone.” One of the stepsisters notes that “good company is wasted on [Ella] and that she “stare[s] off at nothing.” These descriptions of Ella deeply resonated with me, since growing up I was an introvert in a household of extroverts, and often felt (and still feel) misunderstood when I seek solitude to recharge my energy. While reading All the Ever Afters

, I wished that Agnes would allow Ella to be herself, instead of suggesting that Ella was somehow abnormal because her character was different from that of Agnes and her own daughters. Agnes does eventually come to this realization when Ella is older.

At the same time, I felt sympathy for Agnes, who had a difficult life and who, in adulthood, is forced for much of the time to live apart from her own children. It is easy to understand why Agnes is frustrated with Ella, who is beautiful and born to a wealthy family, and from whom not much is expected. However, suffering is always relative; a child does not understand how good he/she has it. The fact that Ella wants for nothing does not negate the painful fact that she loses both of her biological parents. In this, I also wished that Agnes would have been more openly sympathetic to Ella upon the death of her father.

Enter a stepparent into a family dynamic, coupled with a child’s need for stability, and it is easy to see how a child may test and resist the stepparent. The stepparent should be patient and build a loving relationship with the child so that the child trusts him/her. All the Ever Afters

details the blossoming relationship between stepmother and stepchild in a realistic way, where trust and affection is developed slowly.

Ultimately, All the Ever Afters

tells a complex tale of a love that forms through patient nurturing and by just being present. It is a wonderful reminder that being an affectionate, understanding parent has great rewards. 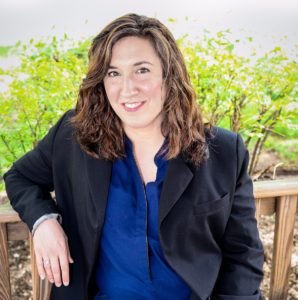