All Her Little Secrets 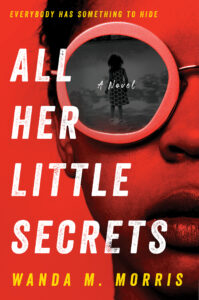 1. What do you think made Ellice so driven when it came to school and her career? Was she equally focused on other aspects of her life (e.g. friendships, romance, family)?

2. Despite what she says in the book, do you think Ellice actually did love Michael? Do you  think her feelings were a factor in any of her decisions?

3. What did you think of the sibling relationship between Sam and Ellice? Do you think  Ellice was responsible for Sam’s problems and/or could she have prevented them?

4. Ellice gives some leeway to Willow towards the end of the book despite some of her complicity in what happened at Houghton. What do you think Ellice’s thought process was? Do you agree or disagree with her?

6. What did you think of Detective Bradford’s advice to Ellice at the end of the book?

7.  What did you think of the other women in the book and their respective journeys, like  Willow, Anna, and even Grace in their quest to strike independence from the men in their lives?

8.  What do you think of Vera’s philosophy of “saving the babies”?

9.  Do you think Nate was complicit in the schemes at Houghton?

10.  What do you think of Ellice’s decision to leave everything behind and take care of Vera?

11. How do you think the author handled the tougher topics in the book, such as racism,  sexism, and abuse?

12.  Why do you think this story took place in Atlanta, Georgia and not any other city in the country or in the South?

13.  There was a lot of discussion about family in the book whether it was the “Houghton family” or Ellice’s personal relationships with Sam, Vera, Martha, Rudy and Grace. What do you think of the theme of family in this book and how do you define it?

14. Did you expect the ending of the book? Or did you have a completely different idea of how the story was going to end? 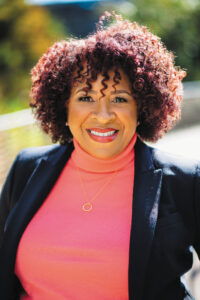 Author Bio: Wanda M. Morris is a corporate attorney who has worked in the legal departments for several Fortune 100 companies. An accomplished presenter and leader, Morris has previously served as President of the Georgia Chapter of the Association of Corporate Counsel and is the founder of its Women’s Initiative, an empowerment program for female in-house lawyers. An alumna of the Yale Writers Workshop and Robert McKee’s Story Seminar, she is a member of Sisters in Crime, Mystery Writers of America, and Crime Writers of Color. Morris is married, the mother of three, and lives in Atlanta, Georgia.