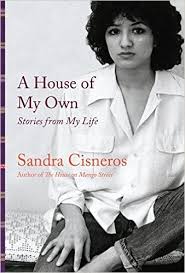 “Memoirs,” writes George Meredith, “are the backstairs of history.” And if this is the case, then Cisnero’s latest collection of essays offers exquisite access to the private life of a literary icon’s letters. It is equal parts travel memoir, writer’s coming of age, and homage to friends and mentors: Marguerite Duras, Norma Alarcon, Gwendolyn Brooks, and Elena Poniatowska.

In 1991, Sandra Cisneros became the first Chicana author to receive the backing of a major publishing house when Random House published Woman Hollering Creek and Other Stories.  Her books have been translated into over a dozen languages, including Spanish, Chinese, French, German, Italian, Norwegian, Japanese, and most recently, Greek, Iranian, Thai, and Serbo-Croatian. In short, the woman has filled quite the literary void.  Her compelling Chicana perspective on issues such as identity, gender, sexuality, bilingualism, and class struggles have made her not just a literary icon, but an influential activist and teacher.

So, did I like it? Very much. The memoir delivered on three of the criteria that I consider to be most relevant when evaluating the strength of this genre: a memorable voice, prose that elicits an emotional connection, and reading material that teaches you something new.

A House of My Own features writings from Cisneros that span the years 1984 through 2014. But the memoir is not just a greatest hit collection—it’s writing that engages all of the senses.  Cisnero’s writing is filled with language that is stylistically poetic. In her writing, “screen doors hang open like broken jaws,” exotic musical instruments “twist, squeal, whine and howl like a fabulous orgasm,” and some stories “resemble Giacometti sculptures.” The farther you get from them, the more clear they appear. Cisnero’s voice is infused with her experience and emotion, the same thing that keeps us reading Jeanette Wall’s log of childhood ordeals in The Glass Castle or Wild—Cheryl Strayed’s harrowing solo hike along the Pacific Crest. Cisneros’ training as a poet whittles her description of scenes, characters, and events down to their elements—prose distilled to its most succinct and powerful version.

In the memoir, readers are treated to vignettes that record transformative memories. From her days as a graduate student at the Iowa Writer’s Workshop (where she learned to trust her own voice) and to her fight to live alone.

The meaning of home has been a central theme in Cisneros’ life and work. Her stories of working-class Latino life in America, particularly Chicago, where she grew up, and where she set her well-known book, The House on Mango Street have been part of many an immigrant’s de
velopment of a sense of identity.  Those of us who are avid readers know that reading can be extremely powerful; it can teach us something about ourselves and the world. If we learn anything in this autobiographical anthology, it is that sometimes writers must travel in order to come home. But now that Cisnero’s has come home, she is setting out again, and if this means more memoirs are in the work, then I’ll follow her anywhere. 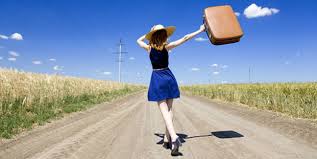