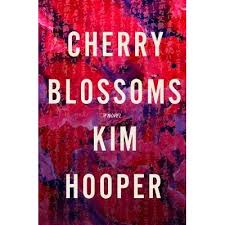 Can someone truly abandon their will to survive? And if they do, how does ordinary life test that will? From the author of the critically-acclaimed debut novel People Who Knew Me comes the story of thirty-four-year-old Jonathan Krause.   Determined to end his life with the dignity of the Japanese samurai, Jonathan is a man with a plan.  He writes:

Today is an otherwise ordinary Monday, made extraordinary by the fact that it is the beginning of my eight-month countdown.  I am now a human with an expiration date.

What ensues hereafter is a story that gives insight into the human soul.  Prepare yourself for an emotional journey, one that is at times very funny, sometimes gut-wrenching.   Jonathan has just one wish.  He would like to visit Japan and make it for the famed blooming of the cherry blossoms.  His reasons are pretty riveting and make for some solid storytelling.  In preparation for his final voyage, he enrolls in a Japanese language class where he meets Riko, who has her own plans to visit her homeland, for very different reasons. The unexpected and unusual friendship leads to a trip the pair makes to Japan and let’s just say…the rest is magic.

Maribel Garcia: Well, Kim, you have done it again, you have written another skillfully written novel.  Congratulations! And I have to say, this is such a fresh perspective on how to go about life when it feels like you just can’t go on anymore.  It must have been a challenge to write about such a controversial topic.  The tremendous success of the book and Netflix series “13 Reasons Why” has shown us that there’s a hunger for literary explorations of suicide.  Suicide is a major theme in your novel and it is handled very well. What was the most challenging part about writing about this topic?

Kim Hooper: I didn’t really think much about it as a “controversial topic”–maybe I should have? Ha. With my first book, People Who Knew Me, people asked me the same about including 9/11.  I didn’t think about whether that was controversial either; it just seemed to be part of the story.

With Cherry Blossoms, I set out to write about a guy (Jonathan) who is struggling. I’ve had episodes of depression since I was a teenager, but I’ve never thought about taking my own life. I guess I wanted to explore someone who crosses that line. The real challenge was getting attached to Jonathan and not knowing if he would go through with it or not. I actually started the book in 2009 and set it aside for years. It wasn’t until 2017 that I knew how the story would end.

MG: The plot culminates in a trip to Japan that takes both characters to places of reckoning. Most importantly, what your knowledge about Japan brings to the novel, made the country feel like another character.  I really enjoyed this. You seem to know so much about this country. Why Japan?

KH: Japan is such a big part of the book, but I didn’t go into the story knowing that. At the time I started the book, I was taking Japanese language classes at a local community college and I went on a trip to Japan. When I was in Japan, I took detailed notes because I was so fascinated by the country. The classes and the trip became part of the story sort of organically.

MG: Jonathan Krause could be…such a jerk sometimes.  I know that you have written elsewhere that while you may not always agree with your characters, you do understand their decisions. I guess that you would have to since you create them, what was it like to write about such a flawed character?

KH: Yes, he’s very sarcastic and kind of a jerk sometimes. It was so fun to write him though. Whenever I write female characters, people tend to think I’m writing about myself, so writing a male character was super liberating. I relate to some of his thoughts and actions, of course, but I do enjoy when characters make choices that I wouldn’t make. As a reader, I’m always drawn to flawed characters. I don’t even like the term “flawed.” I’m drawn toward characters who are dealing with sticky situations. Few of us are our best selves during sticky situations.

MG: How did you come up with Riko’s character? She is such a critical component of the story, yet tangential.  The friendships formed in this book extend to the reader and you get sucked into their story. Where did the inspiration for his friend Riko come from?

KH: Well, like you said, Jonathan can be kind of a jerk, so I needed some relief from that, as a writer and a reader. When I first wrote Riko, I didn’t know she would become a big part of the story, but I kind of fell in love with her. She’s younger and she has this innocence to her that is a perfect antidote to Jonathan’s cynicism. Riko is Jonathan’s best opportunity to get out of his own head, and he needs that.

MG: Cherry Blossoms is at times a deep meditation on words, life, literature, and being in the world. Was this deliberate, inserting life lessons? Or did it just organically materialize?

KH: If there are life lessons, I’m flattered to hear that. A lot of this book was me working through some of my own thoughts. Like I said, this story evolved over several years, so I think some of the angst from my mid-twenties made its way in there—haha!

MG: You take what some would consider a very brave risk in adopting a male narrative voice and it pays off, giving us a fresh new perspective on men and the women who change their lives, what was doing this like?

KH: I usually start writing a book because I get a line in my head. With this book, it was, “I have 8 months to live,” and the character saying that line happened to be a guy. I didn’t think that was a big deal until I finished the book and some people said I couldn’t publish it because I’m a “women’s fiction writer.” This was news to me. Male writers have female main characters all the time. In any case, the story is in the world, male narrator and all. Interestingly, my third book, TINY, has 3 main characters–2 men and a woman. I’m going to just keep writing the stories that come to me and not worry about the gender of my characters. That just seems silly. 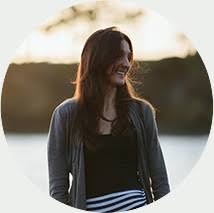